Can one committee change an organization?

Origin of our equity committee

A little over three years ago, social justice coach Natasha Aruliah led Resource Media staff through a card game to demonstrate the power of dominant culture. We sat in groups of four, and played a hand of cards. The winner from each table moved to the right. During the second round, a few tables had disagreements about the rules of play. More disagreements arose as winners continued to change tables. Light bulbs started to go off. We realized that every table had been given slightly different instructions, but each of us had taken for granted that new players would share our understanding of the rules. Some players argued strenuously for their way of doing things, and some simply accepted majority rule.

The lesson hit home. Just like the players at each card game, Resource Media had unwritten rules that shaped everything from office hours to email protocol and work attire. They weren’t designed to maximize our effectiveness. They simply were. And, as we worked to diversify our staff and center equity in our work, we needed to examine and evolve our internal culture to support the kind of change we want to create in the world.

That staff retreat was a turning point. We were already committed to diversity, equity and inclusion in theory, but had not figured out how to put our commitment into practice. We are still working on that. But one thing we have figured out is that we can’t rely on the same brains with the same blind spots to come up with new ways of being. We need more and different ideas. That is how our equity committee was born, and it’s been a real bright spot of shared leadership in an organization that has historically been more hierarchical. 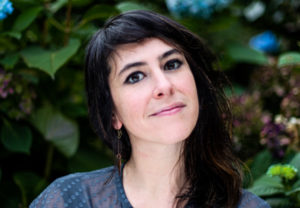 One of my biggest draws to working here was the commitment to equity, not just in words, but in practice. For the last few years, prior to me joining the team, Resource Media has been committed to becoming a more diverse and inclusive organization through its work, partners, staff, practices and overall internal structure. This effort has been primarily driven by a staff-led equity committee.

Before Resource Media, I had never heard of an equity committee or even an organizational equity statement. I had worked on social justice campaigns previously, but I had never been asked to look at my own personal experiences, biases, background and culture and examine what that meant for the work we pursue and how we show up for our co-workers and partners each day. In fact, as a first-generation American, I was taught to not really talk about those things at school or work and that success was dictated solely by your hard work and your ability to do work. In a nutshell, it’s been an eye-opening experience as well as an ongoing personal journey for me.

When I first started at Resource Media, the equity committee was in its pilot year. Since everything was new to me, I looked on from afar, trying to listen as much as I could, feeling out the waters and building trust with my new colleagues with information I wasn’t accustomed to sharing at work. By my second year, having gone through some of our all-staff equity trainings and getting accustomed to our POC caucus meetings, I was ready for more and hoped that by joining the committee, I would gain a better sense of what we were accomplishing and by what means we were hoping to actualize these goals. 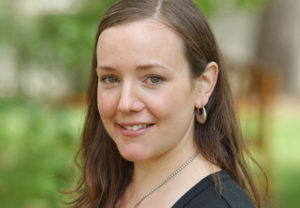 After working for 15 years in organizations where there never seemed to be enough hours in the day, I was a big believer in efficiency. Sitting on the equity committee has reminded me that process is as important as productivity. We could churn out memos all day long, but pushing paper does not power change. In order to transform our organization, we need to change the way we relate to one another, creating space for everyone to contribute ideas and feedback, and taking the time to build buy-in. It’s hard to slow down in a deadlines and deliverables driven world, but it’s powerful.

I joined the equity committee in its second year, and will cycle off in January to create space for others. During that time, we have launched pilot fellowship and pro bono programs, updated our hiring processes to be more equitable, started a white caucus to support ongoing learning and accountability for staff that identify as white (the people of color caucus had been meeting since 2016), and hosted a training on gender. Each of these projects has been led by different members of the committee, with thoughtful input from others.

How our equity committee works

To help dismantle power dynamics, we created a non-hierarchical committee. Made up of no more than 10 staff members, our committee is majority people of color. We co-create priorities, make decisions based on consensus, and take turns facilitating meetings. We try to keep the whole staff involved by sharing meetings notes and inviting colleagues to join working groups on topics like our fellowship and pro-bono programs.

This distributed leadership model has proven to be the most fruitful aspect of the committee. It brings more ideas and energy to our discussions, and connects colleagues across functions and geographies to shape policies, trainings and internal structures. This makes for an empowering experience because it feels like we’re making real and attainable changes – small and large.

We know that actions speak louder than words, and decided this year to benchmark our progress. We brainstormed a number of ways to do that, including an internal survey, a review of staff retention and salaries, and an anonymous questionnaire for job applicants to evaluate our efforts to attract diverse candidates.

The staff survey was meant to help us understand how well we are living up to our values by creating an environment where people can be themselves, see opportunities for advancement, and feel comfortable communicating across differences and taking risks. We were inspired by Arabella Advisors, which shared its own DEI journey in Stanford Social Innovation Review, and noted that staff surveys and interviews were the most enlightening part of its discovery process.

When we analyzed the survey results, we discovered a range of views on where we are and where we should be. This felt like an opportunity for us to talk to one another. It’s one thing to fill out a survey by yourself and then forget about it, and another to get together with your colleagues to unpack the results. So, that’s what we set out to do, with small groups so that everyone would be heard. We knew that if we used an all-staff call, not everyone would have a chance to weigh in.

The small groups concluded that we are making progress to become a more inclusive organization, but have work to do, especially on accountability, navigating internal culture and power dynamics, and diversifying our leadership. The survey results will help inform future priorities, and serve as a measuring stick to track future progress.

Our evolution and looking ahead

Looking ahead to 2018, we have a number of exciting projects on the horizon. We’re deploying our new hiring guidelines and looking forward to welcoming new staff that embody our commitment to diversity and inclusion. We’re recruiting new members to our equity committee and continuing our monthly small group discussions. Our POC caucus meets regularly and provides a space to support and empower POC staff members. And, we’re pursuing new funding and pro-bono projects to work with organizations and causes dedicated to environmental and social justice and community development.

We also plan, down the road, to revisit the survey and have staff weigh in once again on our progress. We know change won’t happen overnight, but we can start through open dialogue and transparency.

Marcela Gara joined Resource Media in 2015, and is a digital campaign coordinator that works on projects related to global health, energy efficiency, and visual storytelling.

Nicole Lampe joined Resource Media in 2008, and is a vice president that works on clean and affordable water, and ocean health.