COP21: It takes a (global) village

Walking into the Civil Society space–a.k.a. the “Green Zone”–at the United Nations Climate Change Conference (COP21) last week, I was struck by the sheer amount of activity buzzing about around me. I was there with Azul to participate in the COP21 Ocean’s Day forum. This was the first time the climate conference included a formal focus on the ocean, which led to a call out for oceans in yesterday’s draft of the Paris agreement.

As a person of color working in the US environmental field, where I am often the only person of color in the room, I was also struck by the diversity of participants and languages converging toward the goal of urging parties in the “Blue Zone”– the area where accredited country representatives are negotiating a climate action agreement–to take decisive and legally binding steps towards curbing carbon pollution. The diversity was especially noticeable around ocean discussions, where island nations featured prominently in the conversations. 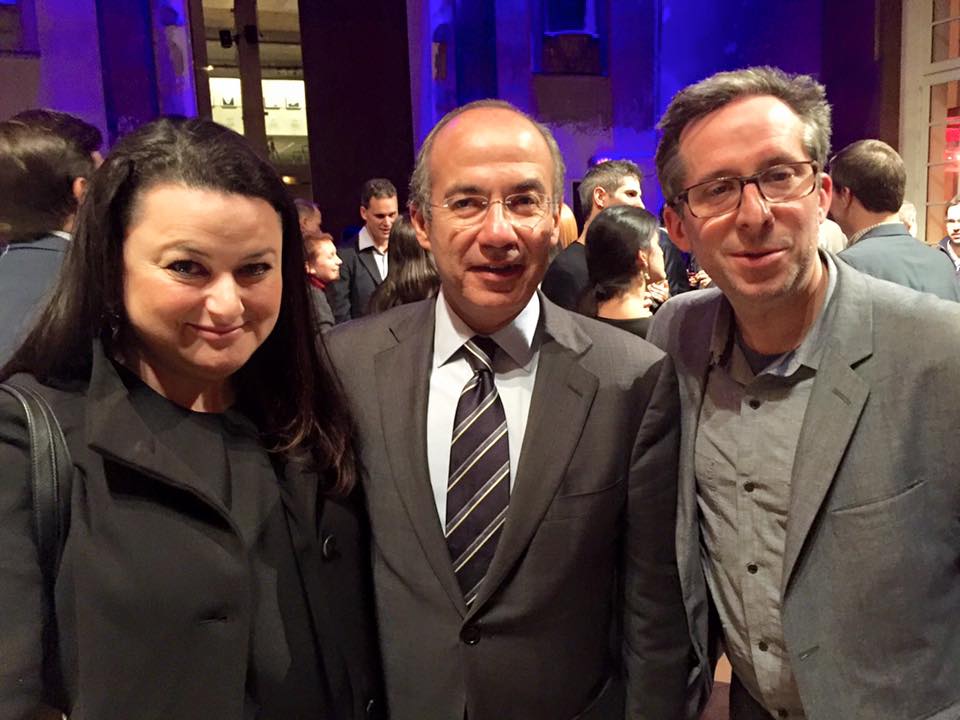 This was my second time attending a UN Climate Conference and I was surprised how close together the Blue and Green Zones were this year. Both were located within the same larger compound, with connecting hallways for those accredited, a stark contrast from the Cancun conference I attended in 2010, where the spaces were separated by more than 20 km with no efficient public transportation between them. In Cancun, this left a gallery of nonprofits isolated with little or no access to the official proceedings, and delegates without the benefit of feedback from civil society and nonprofit organizations to help with their work (I would have loved to discuss this with then Mexican President Felipe Calderon Hinojosa when I met him at the Voces Verdes / WWF / Univision reception for Latino Leaders over the weekend, but alas, his time at the event was limited.)

Without trying to gloss over the concerning and obvious abuse of emergency powers by French authorities to neutralize climate activists by cancelling demonstrations and putting leaders under house arrest (arguing security concerns while still allowing for large Christmas markets and soccer matches) my only frame of reference for public engagement in a climate conference is Cancun. Paris was, by comparison, much more vibrant and participatory, both inside the Green Zone, and throughout the city, thanks to extraordinarily brave civil society groups that wouldn’t let either the threat of terrorism or an overzealous security apparatus take the focus away from the larger threat of climate change and the urgency of decisive action.

From mock (in procedure, but certainly not in righteousness) trials of polluters against humanity, to inspiring assertions of self determination against the exclusion of Indigenous rights from the negotiations, the People’s Climate Conference, campaigns identifying climate criminals, and my colleagues with the #COP21Latinos delegation, Paris climate brought to mind the America’s Latino Eco-Festival motto: A climate of hope. When I speak of hope, I am not referring specifically to the negotiations (which I’m still hoping will be fruitful), but to the people mobilizing around them: a pair of students from New Zealand documenting negotiations in detail to counter the lack of information access, large scale mobilizations around iconic sites, and more importantly, inclusive and diverse voices speaking out for climate action, I am overall hopeful for our future. The challenge? To elevate our collective and individual voices for good. Want to join the Paris effort from home? Start here.