Government, businesses, utilities and advocates across the Midwest made huge strides in 2017 to strengthen and expand the region’s robust renewable energy economy. From investments made by Facebook, Apple and General Motors, to bipartisan leadership at the state level at a time of partisan gridlock in Washington, to job growth in the renewable energy sector outpacing job growth overall by wide margins – the Midwest region is emerging as an economic leader in the global transition to renewable energy. 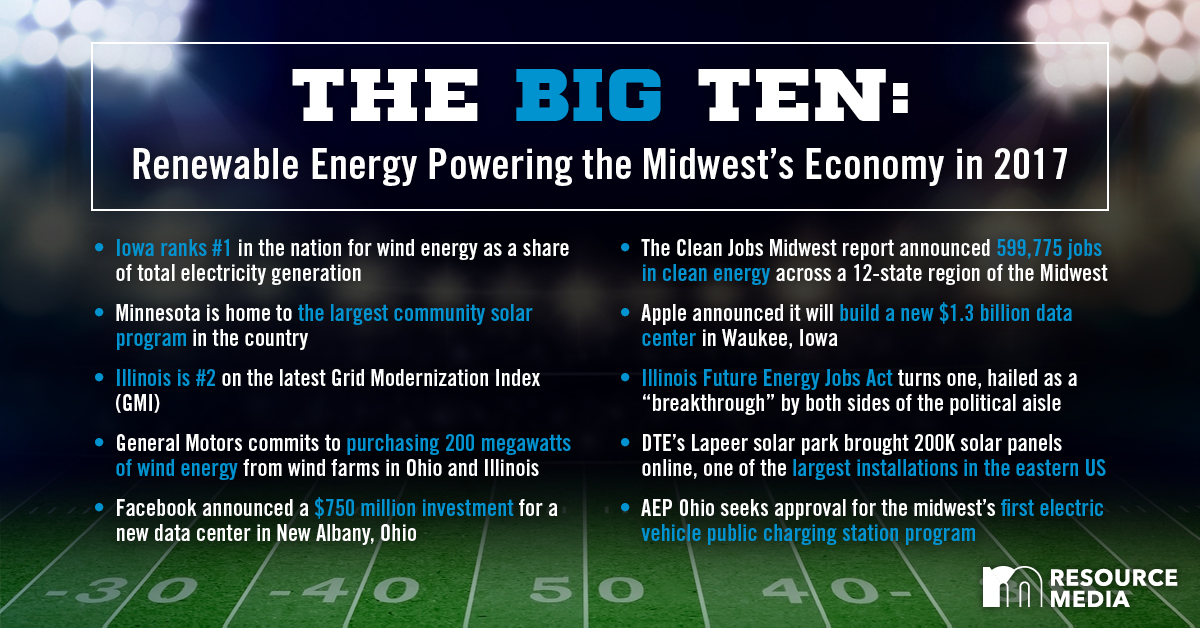 Here is a roundup of 10 top stories from 2017 highlighting the Midwest’s leadership in this sector: