It’s been quite a year for those of us interested in visual communications. From protests to catcalls, and some puppies thrown in for good measure, 2014 brought us powerful stuff to chew on. Here are some of the ones that stuck with us the most. 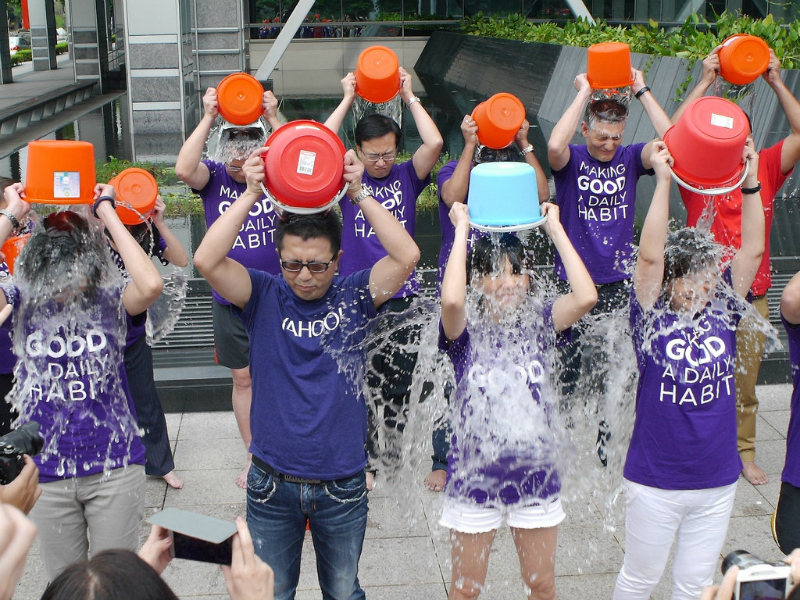 Let’s start off with one of the most successful campaigns of the year. This viral challenge roped celebrities, politicians, and pretty much everyone in your Facebook feed into dumping a bucket of ice water over their heads in the name of charity.  These video posts were ubiquitous on social media. Never mind that the original challenge was to donate OR dump the water on yourself. Most folks chose to both donate and dump, helping the ALS Foundation raise over $100 million in just a few months. While some of us felt a bit fatigued by the campaign after a short while, it was hugely successful in gaining awareness for a disease not often talked about. 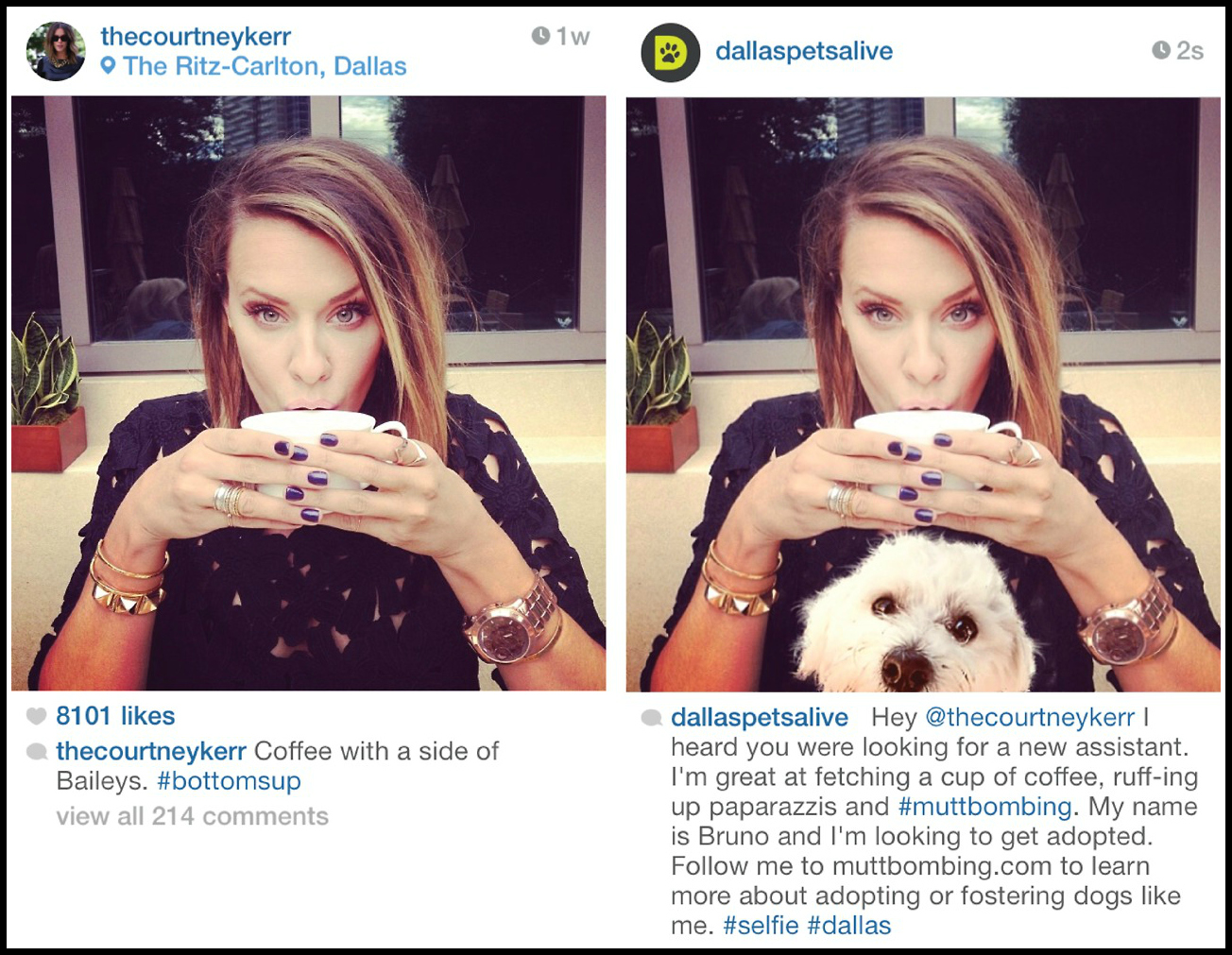 Dallas dog rescue Dallas Pets Alive! took advantage of a selfie-obsessed nation with a genius campaign. It featured real, adoptable dogs digitally inserted into a myriad of publicly available selfies on Instagram to show what life might be like with the addition of a furry friend. A fun and creative campaign, they were also able to borrow the reach of celebrities by #muttbombing celebrity photos, like Ellen’s record-breaking Oscar selfie. 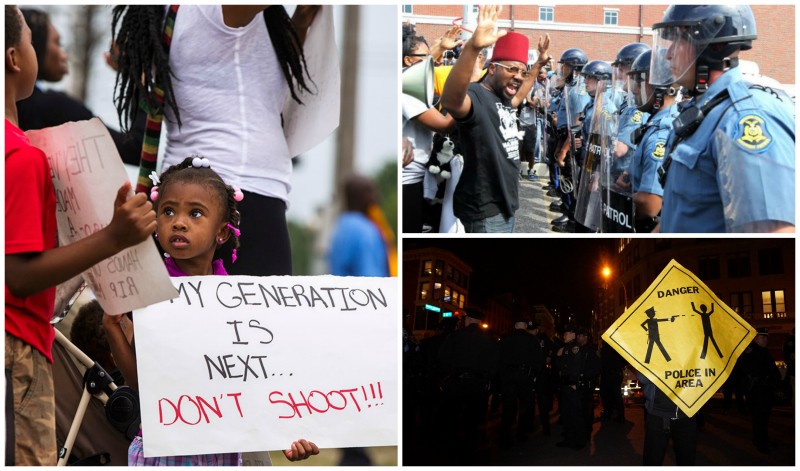 Infuriating, heartbreaking, terrifying, inspiring… the images that came out of the Ferguson protests were the photos heard around the world. The ripples from the anti-police protests surrounding the Michael Brown case are still being felt and are hard to measure. Like tank man, these images will continue to haunt us.

The events in Ferguson also spawned some powerful memes. The hashtag #iftheygunnedmedown is a response to how Brown was initially portrayed in the media. Twitter was flooded with side-by-side photos of people of color in different environments, asking which photo would the media use if they were shot.

Protesters in St. Louis also coined the term, “hands up, don’t shoot”, symbolic of peaceful resistance in the face of police brutality. The protest meme #handsup has been adopted by Football players, students, and across all media. 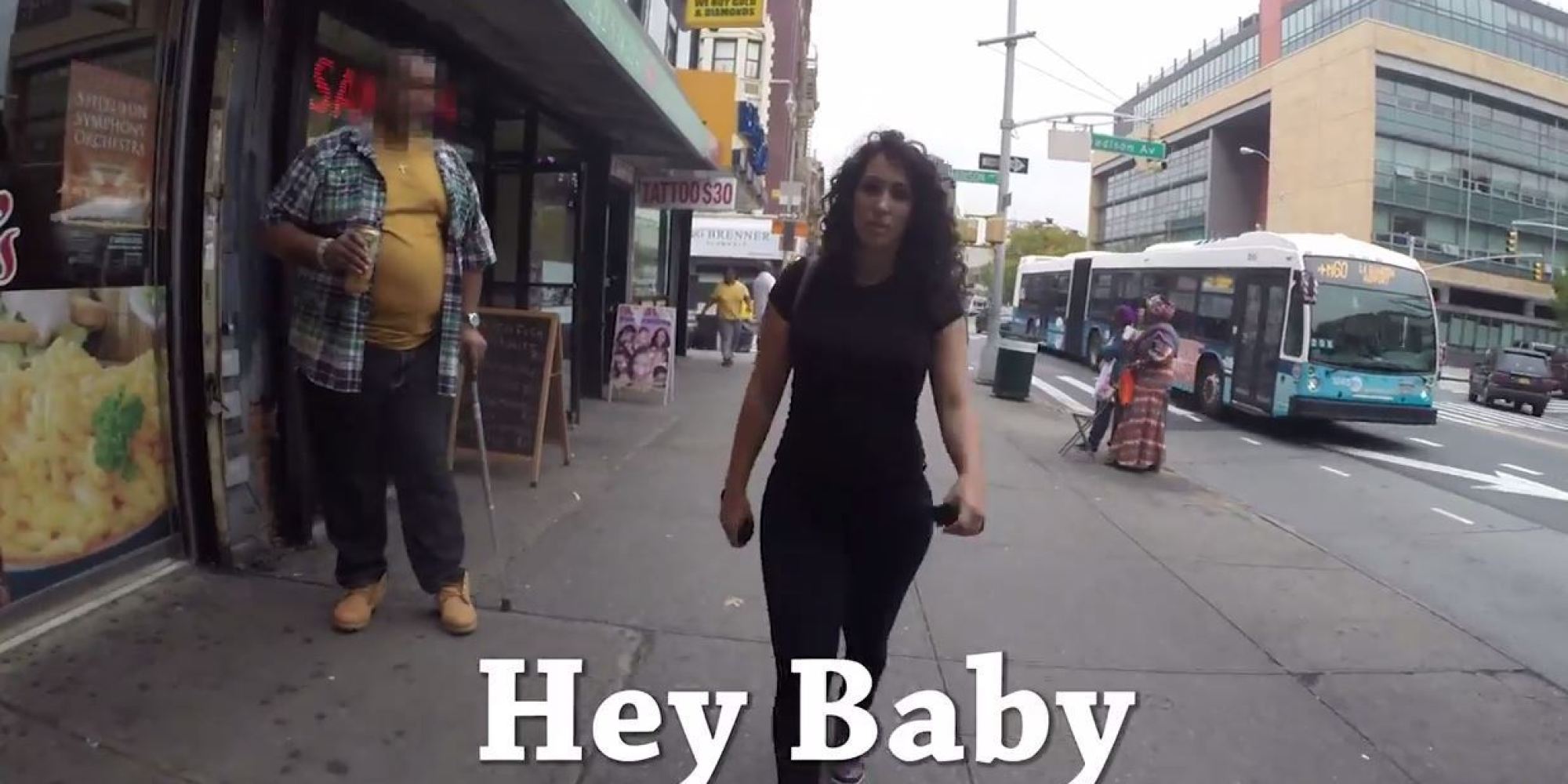 The viral video 10 Hours of alking in NYC as a Woman illustrated a harsh reality that many women face. The video captured a grand total of 108 instances of harassment in just ten hours of following a woman around the city. Made by advocacy group Hollaback, the video struck a nerve, to say the least.

You know you’ve made an impact when the parodies start rolling in. Also walking for ten hours? Princess Leia, a hipster, a goth, a drag queen, and a privileged white guy. 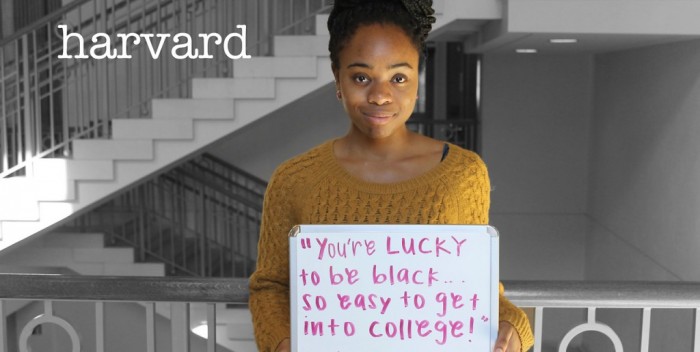 I, Too, am Harvard

This meme started as a Tumblr-based project featuring photos of African American Harvard students holding whiteboards with the racist or insensitive comments they’ve received. The rare racial justice selfie campaign went viral, with over 19,000 page views within 72 hours of the page’s launch.

To learn more about how to give your own visuals lasting impact, check out Visual Story Lab.

Did we miss something that you loved? Let us know if the comments below.