Drilling vs. the American Dream: Fracking impacts on property rights and home values

There are currently more than 1.1 million active oil and gas wells in the United States, and more than 15 million Americans now live within a mile of the hundreds of thousands that have been drilled since 2000, according to an analysis by the Wall Street Journal. Made possible by the advent of fracking, drilling is taking place in shale formations from California to New York and from Wyoming to Texas.

And there’s no indication that this “unprecedented industrialization” shows any signs of slowing. Almost 47,000 new oil and natural gas wells were drilled in 2012, and industry analysts project that pace will only continue.

Drilling rigs now regularly inch up and even into communities that never anticipated having to address problems like round-the-clock noise, storage tanks, drums of toxic chemicals, noxious fumes, near-constant truck traffic and pipelines near homes, schools, playgrounds and parks. For many, the impacts of this kind of large-scale industrial activity are incompatible with quality of life.

Congressman Jared Polis saw this firsthand last fall when a drilling rig went up on property neighboring his small farm in Weld County, Colorado. Polis, who said he had no notice of the fracking operations, filed a complaint with state regulators and then a lawsuit over concerns “about the impact that fracking has on the health of communities as well as the economic impact as it relates to property value.”

Also look no further than Exxon CEO and board chairman Rex Tillerson, who is suing to stop construction of a water tower that would supply nearby drilling operations because of the nuisance of, among other things, heavy truck traffic, noise and traffic hazards from the fracking operations the tower would support. That’s right, the head of the single largest drilling company in the world, acknowledges the “constant and unbearable nuisance” that would come from having “lights on at all hours of the night …traffic at unreasonable hours … noise from mechanical and electrical equipment.” Tellingly, Tillerson’s lawsuit – filed in 2012 with other plaintiffs, including former House Majority Leader Dick Armey – claims the project would do “irreparable harm” to his property values. 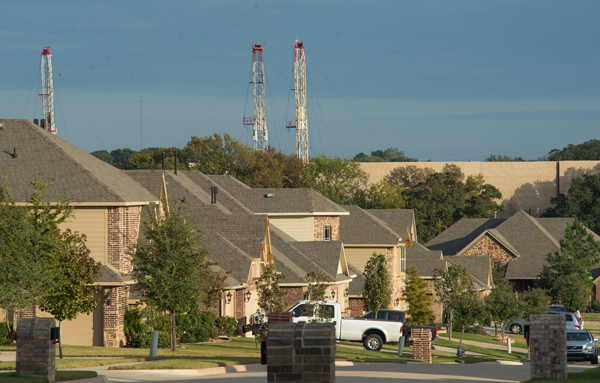 At a more macro level, research is staring to show that energy booms such as the current drilling frenzy may not be the economic windfall that boosters make them out to be. After the initial surge in income and jobs that comes with drilling, problems inevitably follow: higher crime rate, decreased educational attainment and over the long run, significant declines in income. The more heavily a community ties itself to the drilling economy, the greater the decline. “The magnitude of this relationship is substantial,” the study authors are quoted saying in the Washington Post, “decreasing per capita income by as much as $7,000 for a county with high participation in the boom.”

For those who own the rights to the oil and gas on their properties, the impacts of drilling can be offset by royalty payments that come from selling them to oil and gas developers. But in most parts of the country, the legal doctrine of split estates allows one party to own the rights to minerals and other resources below the surface while someone else hold the rights to property above ground. With the oil and gas industry showing little self-restraint and drilling encroaching into cities, towns and suburbs, split estates have left millions to deal with problems such as increased truck traffic, chemicals, lights, noise, heavy equipment, noxious air emissions and water – all without any compensation.

There are weak regulatory protections and few legal precedents to protect residents from this kind of industrial activity in their back yards. Regulations on how far drilling must be set back from homes and schools, for example, provide almost no cushion – often only several hundred feet – to mitigate drilling’s impacts on nearby homes and businesses.

Feeling unprotected by weak state and federal regulations, however, more and more communities are starting to fight back by passing local laws restricting or banning fracking within their borders. Pittsburgh became one of the first to take matters into its own hands with an ordinance in 2010. Since then, many others have followed suit: Dallas, Los Angeles, multiple cities and towns in New York, New Jersey and Pennsylvania, counties in New Mexico. Last fall in Colorado, voters in four cities passed ballot measures banning or severely restricting fracking, three of them overwhelmingly. And this year, backers are gathering signatures for a 2014 statewide ballot measure that would give Colorado cities and towns local control over drilling-related policy decisions within their borders. 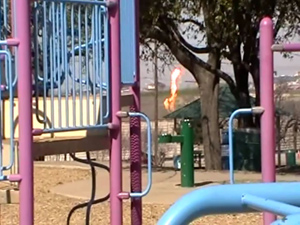 This pushback against drilling and its impacts goes beyond simple NIMBYism. The financial risks posed by drilling are real and substantial enough, as detailed below, that banks and insurers are also now adopting guidelines that forbid mortgage loans or insurance coverage on properties affected by drilling. It’s a battle between oil and gas and the nest egg of countless Americans.

The following examples begin to piece together the ways in which the threats posed by drilling and the deep pockets of the oil and gas industry quite literally hit home. Taken together, they are a call for decision-makers to start quantifying data and asking tough questions about drilling vs. the American Dream. 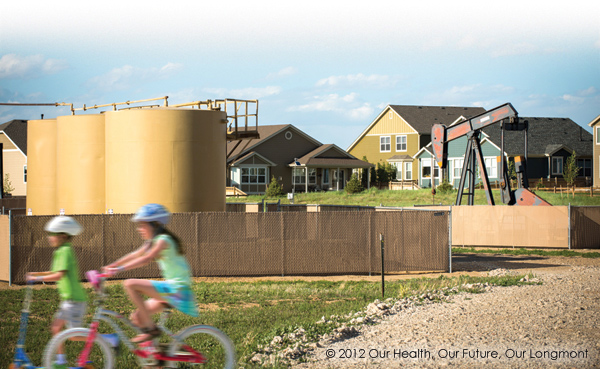 A well and battery of natural gas storage tanks near homes in Longmont, Colo.
Photo courtesy: Our Health, Our Future, Our Longmont

Recognizing the numerous ways that drilling and fracking could damage value, the mortgage industry is starting to refuse to take on the financial liabilities and is tightening policies that prohibit lending on properties with wells on them or that are subject to leasing.

Homeowners who think damage to property incurred by drilling accidents is covered by insurance need to think again. Such damages are typically not covered. 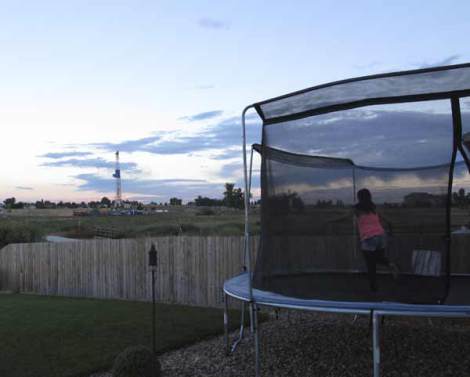 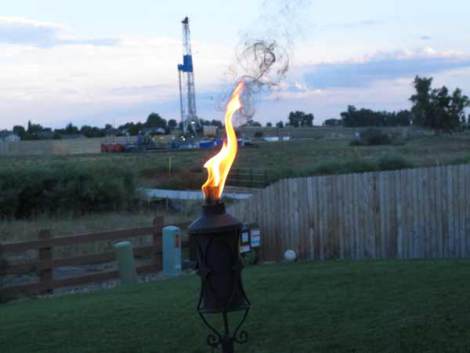 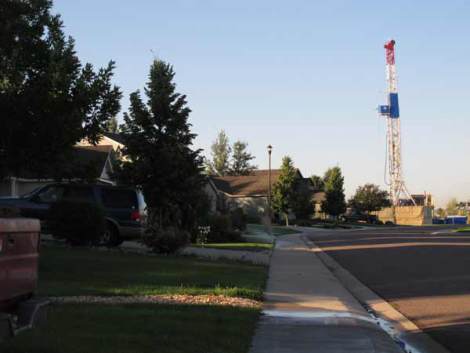 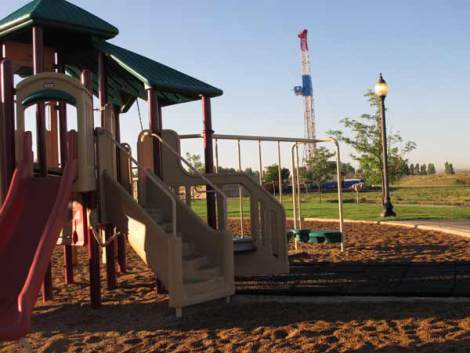