In 2013, noted utility and energy expert Peter Kind authored the Disruptive Challenges report for the Edison Electric Institute, urging electric utilities to increase the mandatory monthly fees charged to customers to address a perceived looming crisis in the utility business model. Utilities were quick to act, and have been proposing substantial mandatory fee increases for their customers across the country ever since. This has generated a maelstrom of controversy and opposition among consumer, clean energy, efficiency advocates and others.

Since then, Kind has broadened his perspective, and on November 9, 2015, issued a course correction. In Pathway to a 21st Century Electric Utility Model, released by Ceres, Kind noted that increasing mandatory monthly fixed fees:

“. . . has several policy flaws — principally that such an increase would remove price signals needed to encourage energy efficiency and efficient resource deployment — that need to be considered when assessing alternatives through a lens where all principal stakeholders benefit. This paper proposes several solutions to address the utility revenue challenge as an alternative to increased fixed charges, such as inclining block rates, reforming net energy metering, use of bi-directional meters, time of use rates, accountability incentives and identifying new revenue opportunities for utilities.”

Kind’s course correction comes at a time when opposition to increased mandatory fixed charge proposals across the country is growing and strengthening across numerous stakeholders engaged with the electric utility sector. This page is meant to serve as a clearinghouse for relevant information that journalists, policymakers, regulators, advocates and other interested parties can access to stay abreast of developments on this issue. 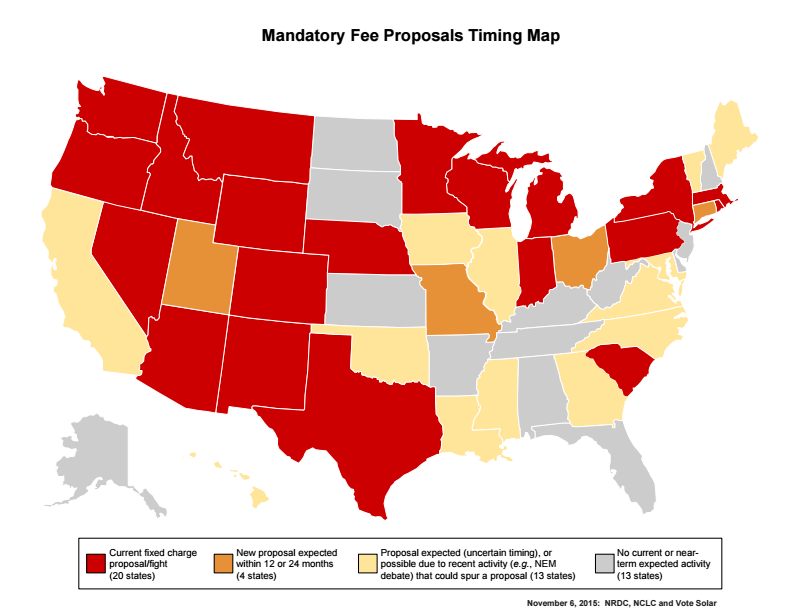