According to Pew Research Center, two thirds of American adults now own smartphones, and about the same percentage use Facebook. Our supporters are walking around every day with computers in their pockets. They have the technology to shoot and share high quality photos and video, and many have online networks that rival the average nonprofit’s.

Smart organizations are taking advantage of the democratization of media—and the passion of their communities—with “open source” campaigns that invite supporters to participate on their terms. Today’s audiences don’t just want to consume content. They want to co-create it.

Here’s the thing: if our supporters really care, they are going to talk about our causes on Facebook, Twitter, Instagram, Snapchat, etc. whether we like it or not. The era of broadcast is over, and that means we can no longer own issues or completely control messages.

But we can harness the power of our communities to reach further and connect more deeply than ever before. If we have done a good job seeding conversations, our supporters are going to run with them. If we’ve helped to build connected communities, audiences will talk amongst themselves.

The speakers at Brainerd’s 21st Century Design Lab shared several examples of leaderful or ownerless campaigns that took off, thanks to new technology and age-old organizing principles. 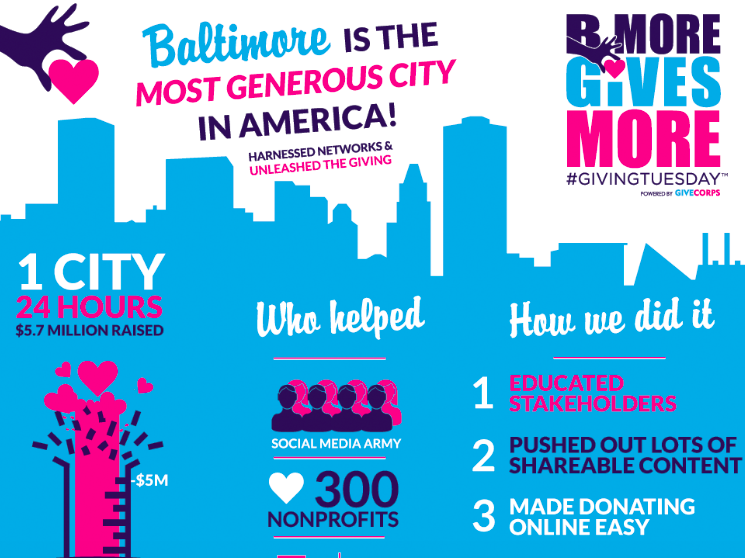 Giving Tuesday: In a holiday season that is so much about receiving, 92nd Street Y and the
United Nations Foundation felt we needed a day dedicated to giving. Giving Tuesday involved 27,000 partners in 68 countries in its second year, and generated 15.4 million media impressions, in part through the 700,000 tweets sent by people around the world. How did they do it? Speaking at Brainerd’s Design Lab, Henry Timms emphasized the importance of putting mission over brand, and empowering allied groups and complete strangers to take ownership. Nonprofits, cities, and corporations all adapted Giving Tuesday to serve their own needs, developing variations like Michigan’s Giving Blue Day, Baltimore’s Bmore Gives More, and an UNselfie campaign. This level of engagement was a sign of success, as far as the organizers were concerned. Agency for partners and donors—tools without rules—was part of the strategy. As Timms puts it, “you know it’s a movement when it moves without you.” 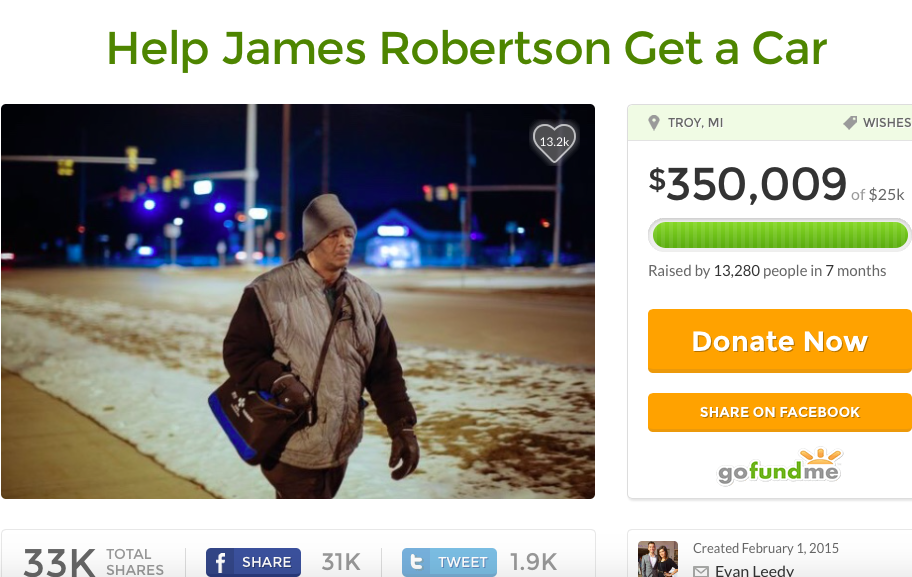 Help James Robertson get a car: This GoFundMe campaign was created by a 19-year-old Detroit college student after he saw a news story on Facebook about a factory worker that walked 21
miles to work every day. It caught fire online, and was shared 33,000 times, inspiring 13,000 people to donate. The campaign raised $350,000 and caught the attention of Ford Motor Company, who donated a car. While people like the Washington Post’s Michelle Singletary lamented the fact that the crowdfunding benefited a single man, instead of taking on the systemic problem of poor public transit, this campaign illustrates the power of a personal story. It takes a story like James Robertson’s to bring systemic problems to life, and, ultimately, we all give and act to help individual people, not change systems. 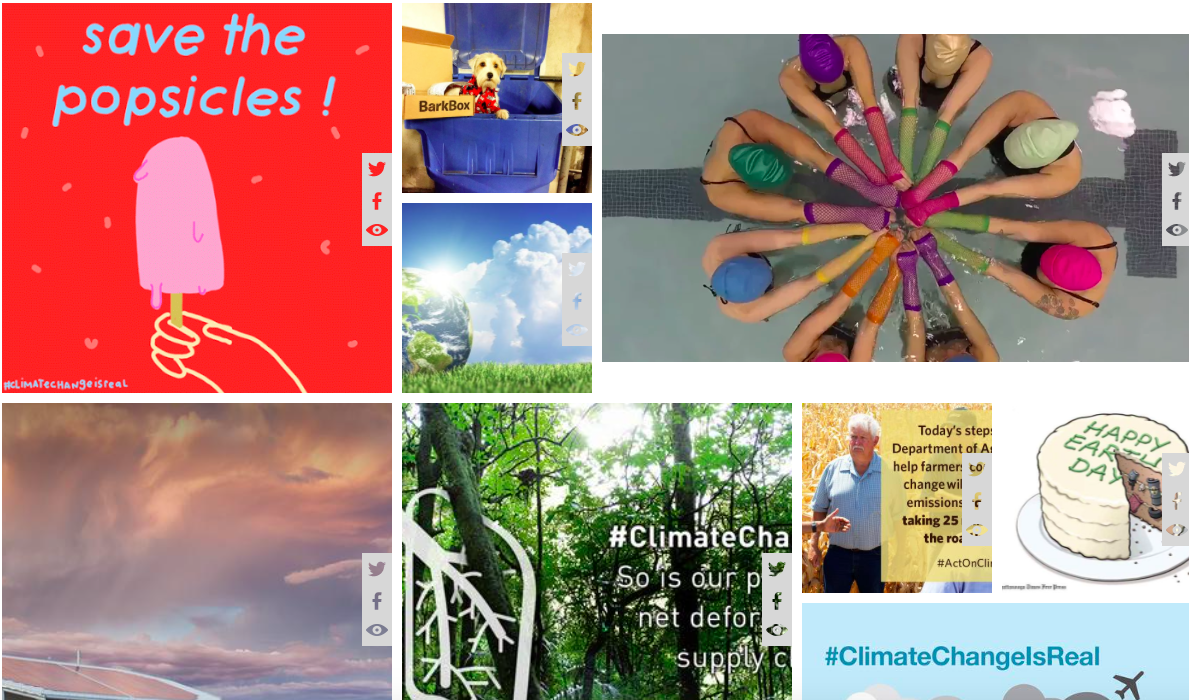 #Climatechangeisreal: For Earth Day, Here Now created a campaign that mobilized allies from the business, advocacy, entertainment and media sectors to flood the internet with the message
that climate change is real, and so are the solutions. It invited supporters to share existing content, create their own memes, or tweet at someone who can help. The campaign included tweets by partners like Unilever UK, DJs for Climate Action, and 350.org, as well as original artwork from supporters like this Save the Popsicles animation from a Los Angeles art student. Here Now didn’t try to control the message—they invited creativity and amplified crowdsourced content. According to Jessy Tolkan, this campaign produced one of the year’s biggest spikes in climate activity online.

These three strikingly different campaigns have two big things in common: they were built for a web 2.0 world, and they empowered supporters to take ownership. That is new power at work!