3 pictures that pop: Findings from a photo-testing study

So you’ve got a great message. Whether you’ve honed it through practice or polling, you know the importance of testing and learning how your audience reacts to your words, and putting that knowledge to use.

But what about your pictures?

When you select an image for a web page, ad or other communication, how do you choose which photo to use? Will your image “say” to your audience what it says to you? Will it be as impactful and memorable for them as it is for you? Prior research tells us how vital visuals are and a good deal about how to be effective with pictures in general. But what about images related to a specific issue, such as energy?

To start finding out, we tested images related to coal, solar, and wind energy in four online focus groups with 154 people reflecting a diverse mix in terms of political views, geography, age, and other demographics. The study was designed for advocates working on transition from coal to renewable sources of electricity. Here is a look at  findings that likely apply across issues.

At one point in the focus groups, after participants had viewed about 20 different pictures, we asked: “Of all the images you’ve seen today, which one still sticks in your mind the most, and why?” Here are three of viewers’ top choices, and what we can learn from them: 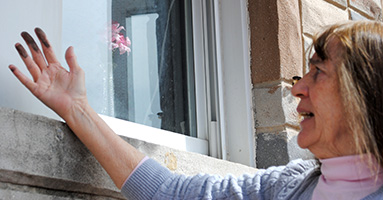 Margaret Fox shows the coal dust that coats her home in Baltimore. It comes from nearby coal trains and a port where the coal is loaded onto ships. Earthjustice

“You see a real person affected”

Real. It comes up over and over in our study. A real person having a real experience. Of course different viewers relate to different experiences, but it is striking how engaging this photo and caption are for people of differing demographics and political perspectives. Viewers imagine themselves in homeowner’s shoes and the problems the pollution may pose for her — and when they do, they also feel some of the anguish that she feels.

Pictures become more impactful when they move from evoking flat, abstract associations to eliciting emotion and inviting a viewer to imagine more than what’s depicted. This photo drives just such engagement through a very tight focus on a home and homeowner, including her genuine expression of the heartache that comes with threats or problems for one’s home or neighborhood. 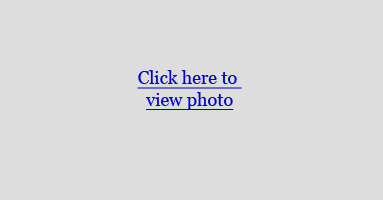 With clean energy, a type of image that sticks with many viewers across demographics is a photo of a couple smiling outside their home with a rooftop solar installation. Again, it shows real people and a real experience. Again, it’s a home and homeowners up close. But with this kind of image, we also see the power of evoking feelings of happiness and success.

Viewers recall and respond to the smiles. They reflect on investing in a home, making a big decision that takes effort to achieve, and feeling good about that choice and the person you make it with. As they imagine, viewers feel some of the same happiness and pride shown in the photo, and the image becomes one that is compelling for many. 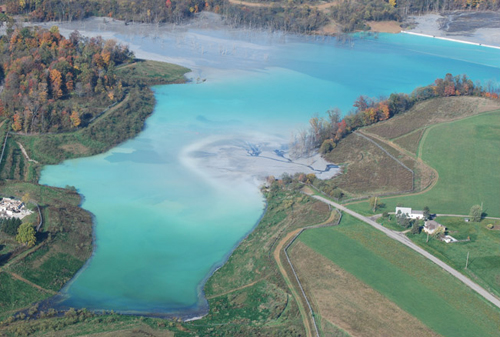 “So pretty, but deadly.”

Can a photo and caption be impactful without showing a person or an experience to which viewers can readily relate? Absolutely, but triggering emotion is still key. An image of an attractive body of water that the caption reveals to be a potentially deadly toxic stew reveals the stickiness of surprise.

Like the previous two images we’ve discussed, this aerial photo of the Little Blue Run coal ash storage pond also proved compelling among diverse viewers. Viewers describe being lured in by the pretty turquoise waters, and then the shock in learning the hidden danger in something so attractive. It’s that surprise — delivered by an alluring image and factual, concrete caption — that makes this image so memorable.

Beauty in the eye of the beholder?

With a Picasso painting it might be the case that beauty is all in the eye of the beholder. But with the energy-related photos we tested, what is appealing and impactful isn’t totally random or too highly personal to predict. Viewers find some common photos most memorable, and together these reveal some helpful guideposts for selecting images that will stick.